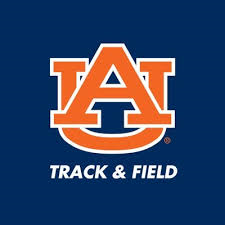 Fred H Carley passed away peacefully on Saturday August 11, 2019 at Sacred Heart Hospital.  He was Born September 12, 1926 in the small community of Fowl River, just south of Mobile. He attended Murphy High School where he was a member of the School band and orchestra, a sprinter on the track team, an outfielder on the baseball team, and a lightweight boxing champion.  Among the 3 active-duty tours, he earned 3 degrees from Auburn University, played lead trumpet in the Auburn Knights, and fashioned a notable athletic career.

Fred was captain of the Auburn track team for 2 years and recipient of the first track scholarship awarded in the school's history.  His sixth-place finish in the NCAA Championships during his sophomore year was the only mile-run he lost in his 3 varsity years at Auburn.  During this period he won 4 SEC Championships, 3 in the mile-run and another in the 880.  A transportation mix-up caused him to miss the 1948 Olympic trials.

He is an engineer by profession, but continued his career coaching the track and cross-country teams at Murphy High School. During his years at Murphy his teams won 11 state championships, 5 in track and 6 in cross country.  His team also won the 2 Alabama-Georgia track & Field dual meets held during this period and a special meet hosted by the University of Tennessee for the state championship teams from the southeast. Fred also started the 1st track program at the University of South Alabama.

Fred was honored with the prestigious Presidential Physical Fitness Leadership Award in Washington DC presented by President Lyndon Johnson in 1964, one of 12 from across the nation.

When transferred to Eglin AFB in 1969, he began coaching local athletes, resulting in 16 individual nation championships and 17 national age group record – with 6 of those being World Age Group records.   He has served on the Senior Bowl Committee, President of the Air Force Engineering Association, SEAAU Chairman of Athletics, and directed countless middle school, high school, college and AAU events.  He was elected to the US Military Packaging hall of Fame for his many innovative contributions to the Department of Defense and authored the novel “Bull-Durham, the Mischievous Sprite”.  He retired from the Air Force as a Lieutenant Colonel.

Fred and Yvonne Jones, a former soloist with the Mobile Civic Ballet, were marred in 1961. They have 2 children, both Auburn graduates.  Candice was a National Junior Olympics Race Walk Champion and Nation recorded holder, and a semi-finalist in the 1991 Miss USA Pageant.  Freddy was a 6-time World Record holder and a 2-time National Champion in Track and Cross Country.  He was featured on the cover of Starting Line Magazine, recognized in Sports Illustrated, and selected by the New York RRCA as the National Age-Group Athlete of the year in 1977.

Fred is survived by his wife (Yvonne), his daughter (Candy), his son (Freddy), his brother (Doug), and many nieces, nephews, cousins, family, friends and others whose lives Fred touched and impacted.  The community is invited to a Tribute to Fred Carley Saturday the 17th at 11 am at the Crosspoint Church in Niceville, Florida!