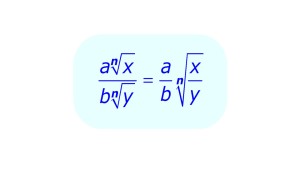 He was preceded in death by Becky, and his parents.  He is survived by his children Lewis (wife Hannah) and Hugh, and two grandchildren, River and Harrison.

After receiving his Ph.D. in physical chemistry from the University of Alabama, Harry joined the U.S. Air Force, before transitioning 4 years later to a civil service job in the Environmental Protection office at Eglin AFB for 17 years.

Many area residents remember Harry and Becky from Tropipines, a garden center in Niceville which they owned and operated for 33 years.

Harry will be interred in a private service at St. Paul Memorial Garden in Niceville.  A memorial service will be planned in the future.

In lieu of flowers, donations may be made to the charity of your choice.

To send flowers to the family or plant a tree in memory of Harry Lewis Wolfgang, Ph. D., please visit our floral store.

You can still show your support by sending flowers directly to the family, or by planting a memorial tree in the memory of Harry Lewis Wolfgang, Ph. D.
Share a memory
© 2020 Heritage Gardens Funeral Home & Cemetery. All Rights Reserved. Funeral Home website by CFS & TA | Terms of Use | Privacy Policy